Coming Soon has arrived.... sort of

I know I said in the last post to this blog, oh so many weeks ago, that the next blog would be about the trip my son and I were taking down "The Mother Road".  Well, we are currently on that road.  The trip is going great.  The weather is great.  Route 66 has not disappointed.  And the photo opportunities have been numerous.
But the blog or log of this trip will have to wait a bit longer.  Too many hours on the road.  Breakfast comes too early for me to spend late nights blogging.  I know, sleep before blog and willing fans.  Shame on me! :)
We're building some great memories, getting some great snapshots, and reliving some memories for both of us.
Stay tuned.  All is coming in a few days.  If the New Mexico winds do not blow us back into Texas unwillingly!
But all of it reminds us of what a vast, great country this is and how worth fighting for it really is!
Until the future post,
Russ Wojtkiewicz
Posted by Russ Wojtkiewicz at 12:45 AM No comments:

Hello again.  Been awhile since you've heard from this Blog.  I continue to feed the Platte Valley Politics blog as there is an overwhelming amount of material for topics coming at an incredibly fast and furious pace.  Not much of it good and most we can just as soon ignore so as to not make our lives worse.  I do hope others take up those causes and help keep America free.
Keep tuned to this blog if you signed in to read about the Lobster and Chowder Tour.  Late in April, my son and I will be taking a trip to New Mexico and following where we can the Mother Road - old Route 66.  This will be the first of we hope a few excursions down this historic highway.  I am going to involve him in the blogging this time with his pictures and thoughts.  It was his idea and wish to travel and see Route 66 and since we mostly follow it to a seminar I am attending, we will check out some of the sites and scout out future plans to further take in the old route.
We are looking forward to Spring and Summer with our travel plans, sun, beaches and getting the house remodeled.
So until then, keep warm as Spring is just around the corner.
Russ and Evan Wojtkiewicz
Posted by Russ Wojtkiewicz at 1:55 PM No comments:

I would like to introduce the readers of Russ' Random Blog to a new blog...
"Platte Valley Politics".
A blog dedicated to the blogging of my political thoughts and if civil, discussions via the blog commentary.  I've had this goal for sometime.  Well, I've finally jumped in.  You may tire of it and in all fairness this may be yet another waste of internet space only contributing to the all too much noise out there now.
But the beauty of all this is you can subscribe or not subscribe. Read or not read. Agree or not Agree.  Beautiful freedom of your own accord.
This blog will contain thoughts and points of view on many topics falling under the political tent.  Healthcare issues.  Local, state and federal government issues.  Even some energy issues as they relate to politics, but look for a blog dedicated to energy issues in the coming weeks.
I hope you will read it from time to time and enjoy it.
Cheers!
Russ Wojtkiewicz
Posted by Russ Wojtkiewicz at 4:25 PM No comments:

Well, here we are in January and much has transpired. Since the last post of the Lobster and Chowder Tour, we have endured the loss of our wife and mother Beth as she lost her two year battle with cancer. We didn't know during that wonderful vacation how much the cancer was spreading, but we did have a feeling it might be the last we would have together. We tried hard not to let it feel or make it a farewell tour and I think we succeeded. She enjoyed the trip and we will always cherish we were able to do it.

We miss her terribly. More everyday. When we have particularly good times, it succeeds in making us remember how she loved those times and how much we miss her joining in.  She instilled the joy of the Christmas season in her son and he has continued the traditions taught him, which was good to see.  We haven't thus far avoided any activities for fear of being constantly reminded of losing her.  But it shakes one's faith.  But she is no doubt now, the lucky one. 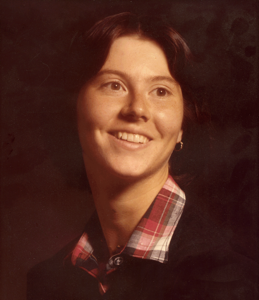 Thursday was a day at Mystic Seaport.  Wow, this was tremendous and much more than we thought it would be.  The added benefit of seeing some of the classic old boats and tall ship yachts pull in for this weekend's show was quite a treat. 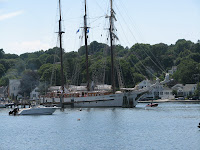 This is one of those private sailing ships coming in.  Mystic Seaport has been around since 1946 to preserve the wood ship building arts and history of the area and our country. 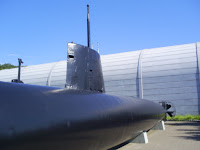 Late afternoon we finally exhausted all to see at Mystic Seaport and drove over to Groton, Connecticut and one of our country's submarine bases.  Here, the first nuclear submarine, the Nautilus, commissioned under President Truman and the first to sail under the North Pole.  Evan really loved this free and extensive exhibit of our sub technology history and future.
Eventually, a gallery of photos will be on the website so look for those announcements.  Also, no anonymous comments will be allowed to be posted.  All must identify themselves.  We have too much anonymous speech.
We are headed back west now and will be leaving New England today.  This has been fun sharing all of this with you and thank you all for keeping up on this blog.  So this is likely the last post until after we have returned home and the Lobsters and Chowder Tour has concluded.
It has been a pretty good summer, eh?
Posted by Russ Wojtkiewicz at 6:39 AM No comments:

We've said goodbye to Cape Cod and our friend Lloyd.  We could not have experienced Cape Cod as well as we did without his help.  But of course, what else would you expect from a Missouri boy? 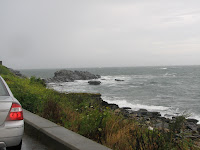 We drove through Newport, Rhode Island.  Even though the rain would not let up, we were able to see the sea crashing into the rocks in classic novel style.  In some places, the sea spray and seaweed covering the road and our cars.  Further around are the famous mansions and summer "cottages" of this country's wealthiest families.  The Astors, Vanderbuilts and Doris Duke.  Most are museums now.  But many are still active residences that the new owners allow the public to view and tour.  The surrounding neighborhood would humble anyone or any area in the Midwest that believes they are wealthy.  This simply goes so far beyond wealth it is unimaginable.  Quite a sight.
Tonight we have found a wonderful little motel in Mystic, Connecticut.  The Taber Inn & Suites.  A must stay for anyone traveling through here.  A great value and close to the Mystic area attractions.  No, we are not going to eat Mystic Pizza, but we will drive by the joint on our way to Groton tomorrow.
But before doing so, we will be visiting the Mystic Seaport and getting in on a classic boat and car show, seeing a working wood boat building and preservation shop, some tall ships, an original wood whaling ship and a period village recreation.  I hear there is a store selling 5¢ shots of ale!  Of course, all these towns have the most fascinating old buildings and streets and they have done well in preserving them.  Not just as exhibits but as viable businesses and homes preserving these structures and blocks of our history for more generations to come.  It is common to see most buildings dated early 1700s and the towns being established in the early to mid 1600s.  Very cool.
It cannot be underscored enough how important history is in our educational system.  It is fundamental to the very success of our future existence.  We are losing that war, forgetting the reasons of how we got to where we are and the noble sacrifices made by our forefathers and their families to give us this greatest country in the world.
Posted by Russ Wojtkiewicz at 5:48 PM No comments: 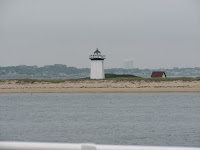 The lighthouse around the point of Cape Cod.  The very end you see on the map curled around out there. 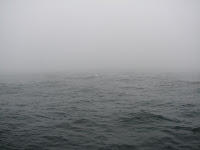 This is the view we had of the North Atlantic.  Yes, it is as cold, wet and rolling as it looks.  Just ask our now not so merry band of Chowder heads.
The fog was thick and got worse through the afternoon. 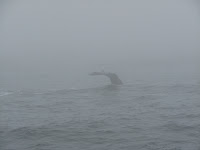 Yes blog fans, that's a whale tail you can just barely pick out in the fog.  I'll have to try some Photoshop filters and tricks to bring what whale shots I did get.  We had a pod of about a dozen around the boats including a couple of calves.  We could hear them, but they were not as active and with the fog so thick, sightings were very difficult.  Such is the risk of the North Atlantic.
The guys did well, but a sea with 3-4 foot swells is not recommended.  That doesn't sound like very high waves.  Wait till you get out on a 85 foot boat in the open ocean.  We have a whole new admiration for the crews of the Bering Sea Crab Fleet and those who lobster and fish the North Atlantic!
Despite the ills of a rough sea, the guys thought it cool seeing the whales and were glad to get their feet back on land. Evan even joined me at the rail as we passed Cape Cod point and steamed into the pier.  The ride back in was much smoother.
The whale fleet is reporting that the whale population is on the rise in great numbers.  But many countries are fishing and whaling just off our shores.  Just like they are pumping oil just out of reach of our regulations.  I don't know what, if anything, we can do to limit that activity without violating international water treaties.  Our military is stretched as it is, but not sure our Navy is.  But it would most certainly strain relations if not cause all out war.  But it does seem unfair that the U.S.A conserves and restricts fishing and off shore drilling only to have China, Japan and many others reap the bounty that would be ours or inhibit the repopulation of our fisheries and the great beasts of the sea.  But the news that numbers are climbing and they are using the treated sewage from Boston to provide nutrients to the ecosystem is fantastic and real solution to humans and our seas living together.
Cape Cod is a beautiful area.  A hearty soul is the one who can live here throughout the year and cope and succeed with all the weather and the Atlantic throw at them!  I urge you to have Cape Cod, and anywhere in New England, on your bucket list.
Posted by Russ Wojtkiewicz at 5:22 PM No comments: